This title purposely ends in a question mark – why? Because this statement is by no means a certainty.

Rambøll and Kreab has managed a project which objective as been to identify opportunities for Tromsø’s business community in the international Arctic economy. This text is a summary of the report published today.

International positioning is a demanding process

Tromsø is Northern Norway’s largest city, and a true power-house in the North. Because of its size Tromsø attracts resources in the form of talent and capital, with very little effort. Tromsø wins the regional power struggle frequently, but this struggle is not where our energy should be focused at this time. Tromsø shouldn’t even engage in this struggle, but should instead refocus its energies on a new paradigm. Tromsø has an ambition to position itself in the international arena and this will require a completely new focus and drive.

If Tromsø is to take its position on the international stage, the discussions need to be taken out of the meeting rooms and catapulted into the public sphere. No town has succeeded mobilising the masses using slogans or marketing that don’t reflect the true qualities of the town in question. They are the qualities that people relate to that are important and decisive. Through active involvement we can gain an understanding of the current situation, and get feedback that can hopefully contribute to people relating to the conclusions – and will participate.

Since January, we have sought opinions and views from business stakeholders about what they think about Tromsø as the Arctic Capital and what opportunities such a position can provide for business in and around Tromsø. Troms County Municipality has backed the project with NOK 300,000.

Entries from nearly 150 business representatives locally, regionally, nationally and internationally can be summarized in the following positive way:

Benefits can be achieved

Tromsø’s business community believes that the status of Arctic capital can strengthen Tromsø’s international position and that their businesses can derive benefits as a result of this.

We emphasize that what we present here is not a scientific research report, but the answers we have received are relatively clear. We believe the answers give a realistic view of how Tromsø’s opportunities and challenges are perceived by the business community locally, regionally and internationally.

We have therefore suggested five actions that must be implemented to exploit the potential of Tromsø’s business development in the international arctic economy:

Integration: Claiming to be the Arctic Capital is not sufficient, ambitions must be followed up by actions. It is important to ensure that decision makers have information about all conditions where there is a distance between aspirations and expectations, and experienced reality, so that gaps can be reduced.

Communication: Ensure that Tromsø’s qualities and ambitions as the Arctic Capital, are better known in defined target groups.

Organization: Define a model for efficient organization and implementation.

Seven possible paths for business development based on a stronger Arctic position are identified:

In an arctic perspective, Tromsø is unique: A well-developed university city at a latitude where most communities are small, isolated settlements with challenges related to accessibility, competence, energy, demography and health. We have learned through this project that people from other parts of the Arctic draw inspiration from Tromsø.

But we have also heard whispers that Tromsø and Norway are arrogant in their positioning claims in the  international Arctic arena.

Consequently, there is a risk that the capital concept can potentially stand in the way of a desired development. Capitals can be associated with power and are not necessarily popular among neighboring regions.

Tromsø must therefore, through action, fill the role with content that will aid in the city being seen as a positive contributor to the international Arctic, for example, through leading co-operational initiatives.

In Norwegain, as a chronicle in the newspaper Nordlys: http://nordnorskdebatt.no/article/tromso-arktisk-hovedstad 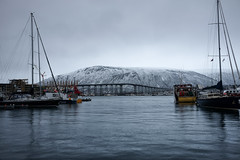 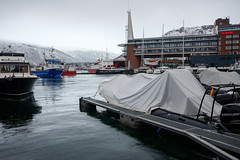 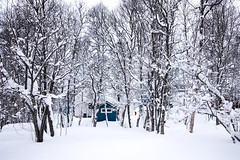 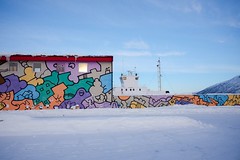 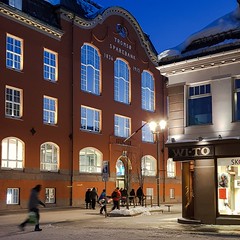